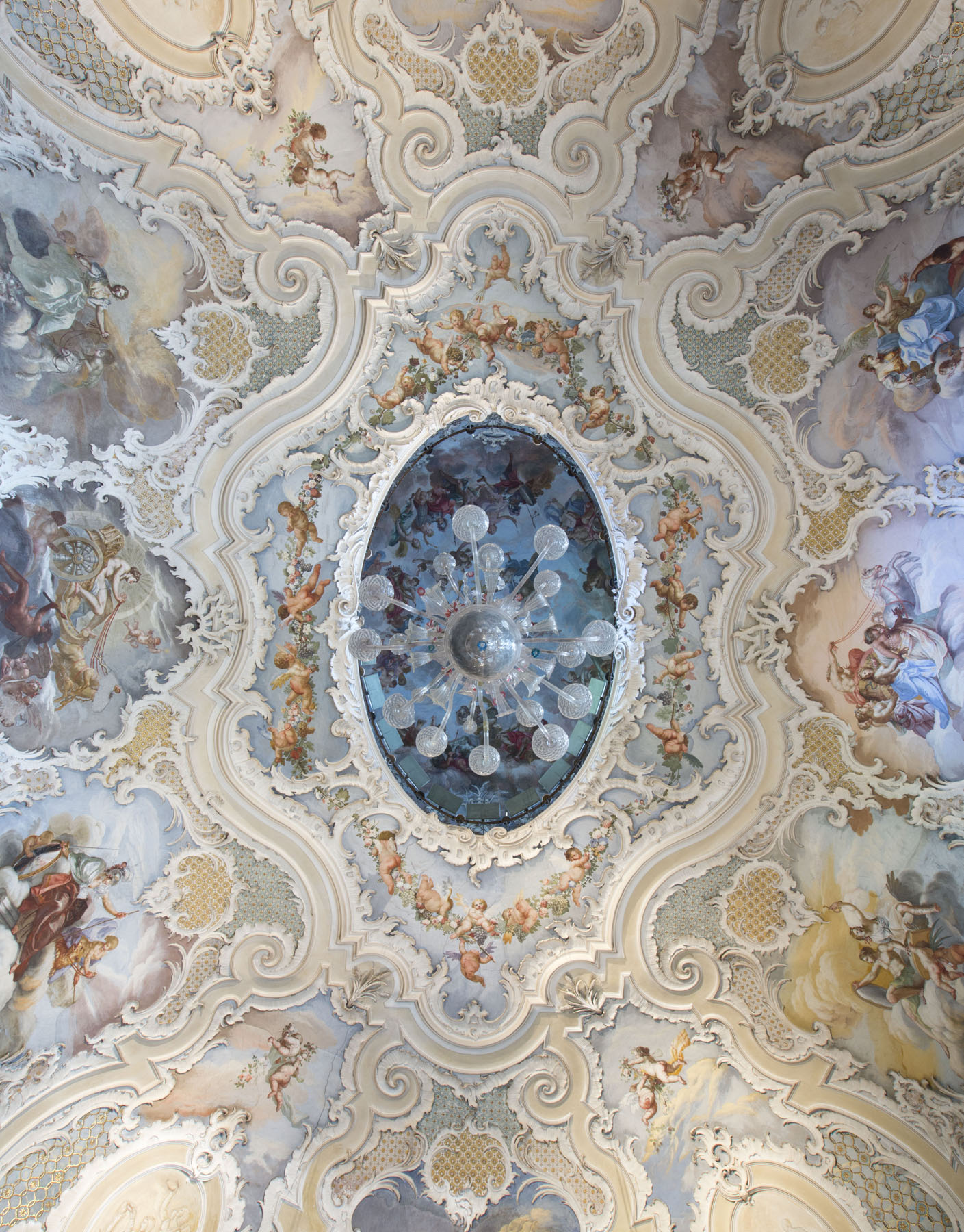 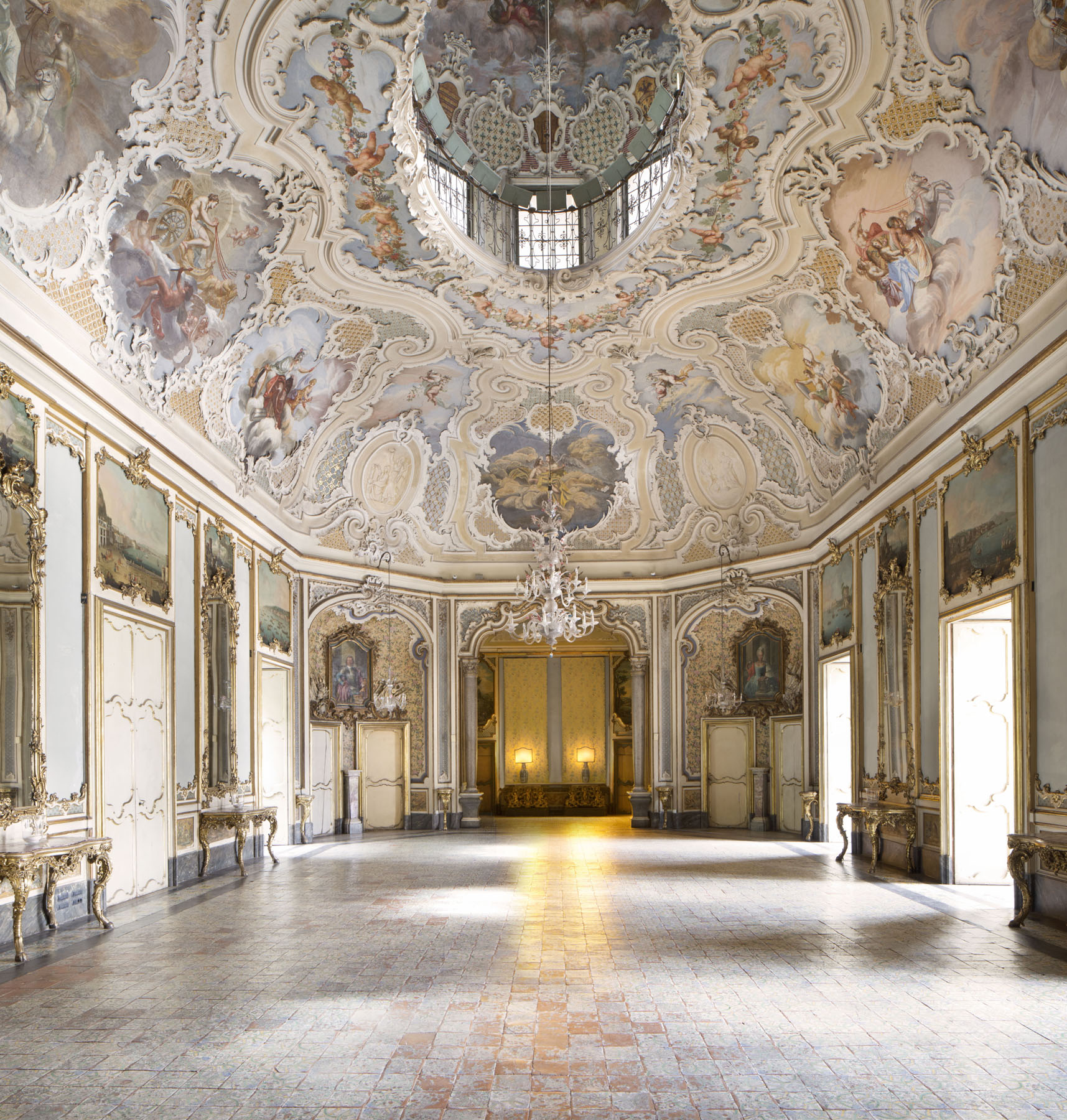 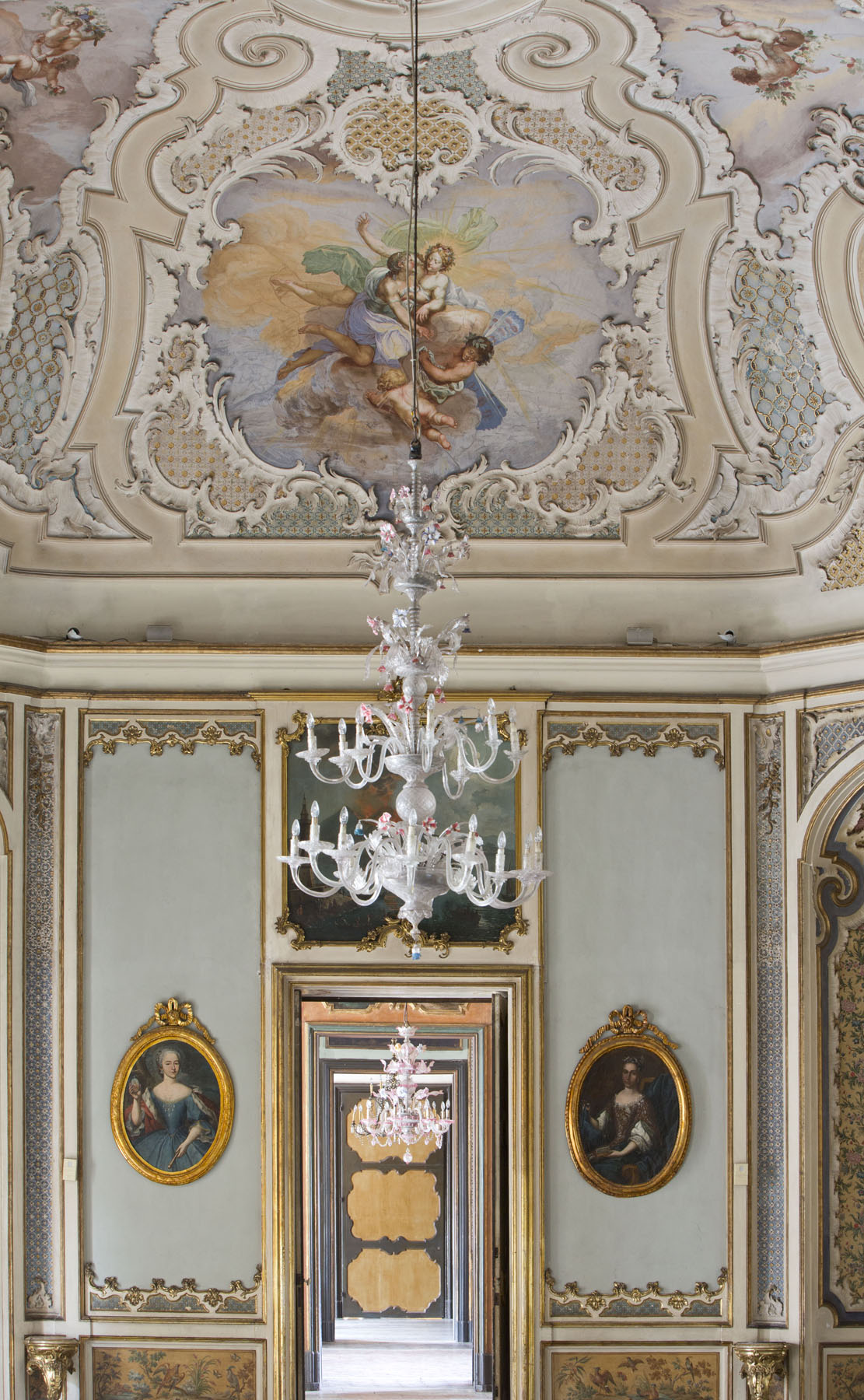 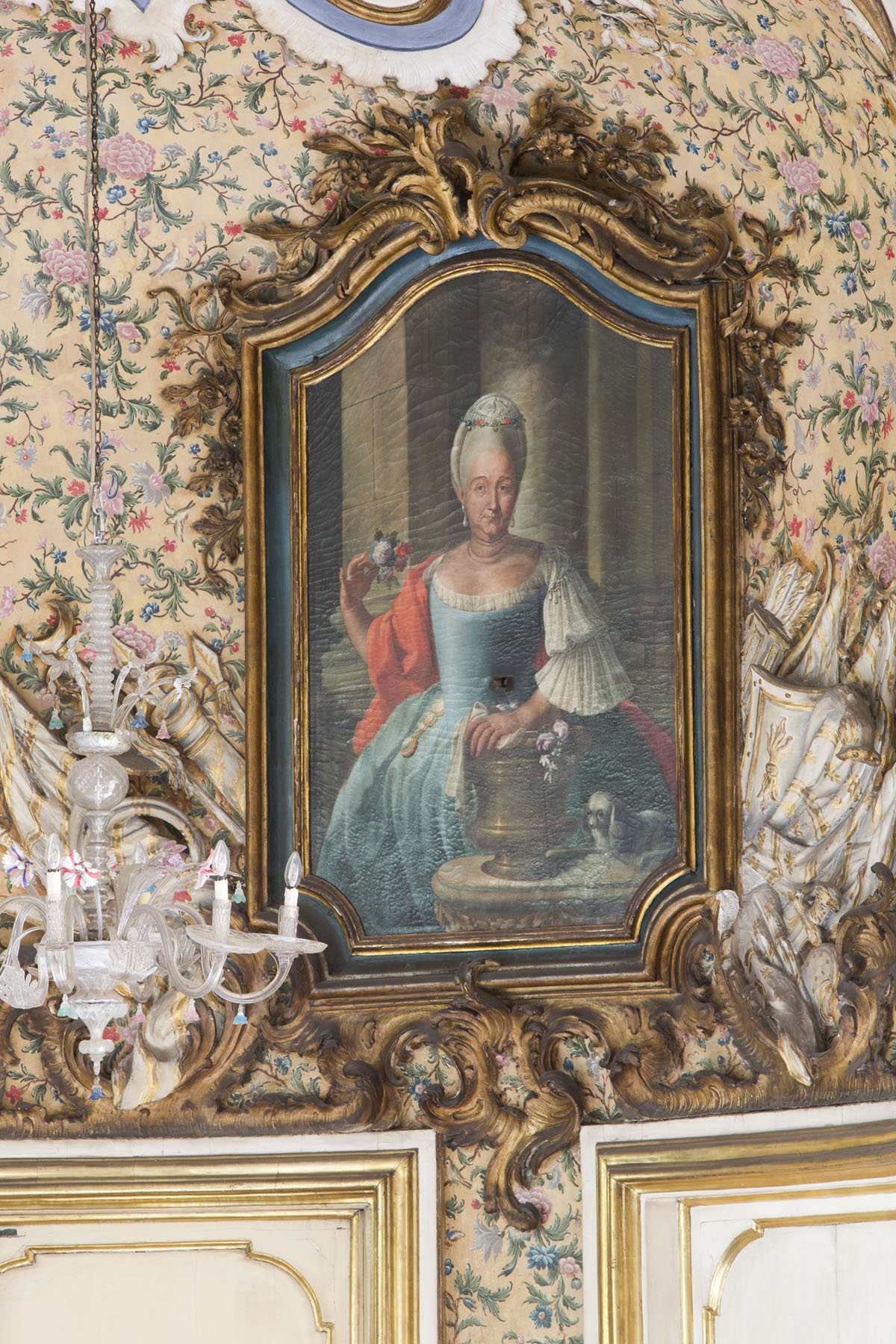 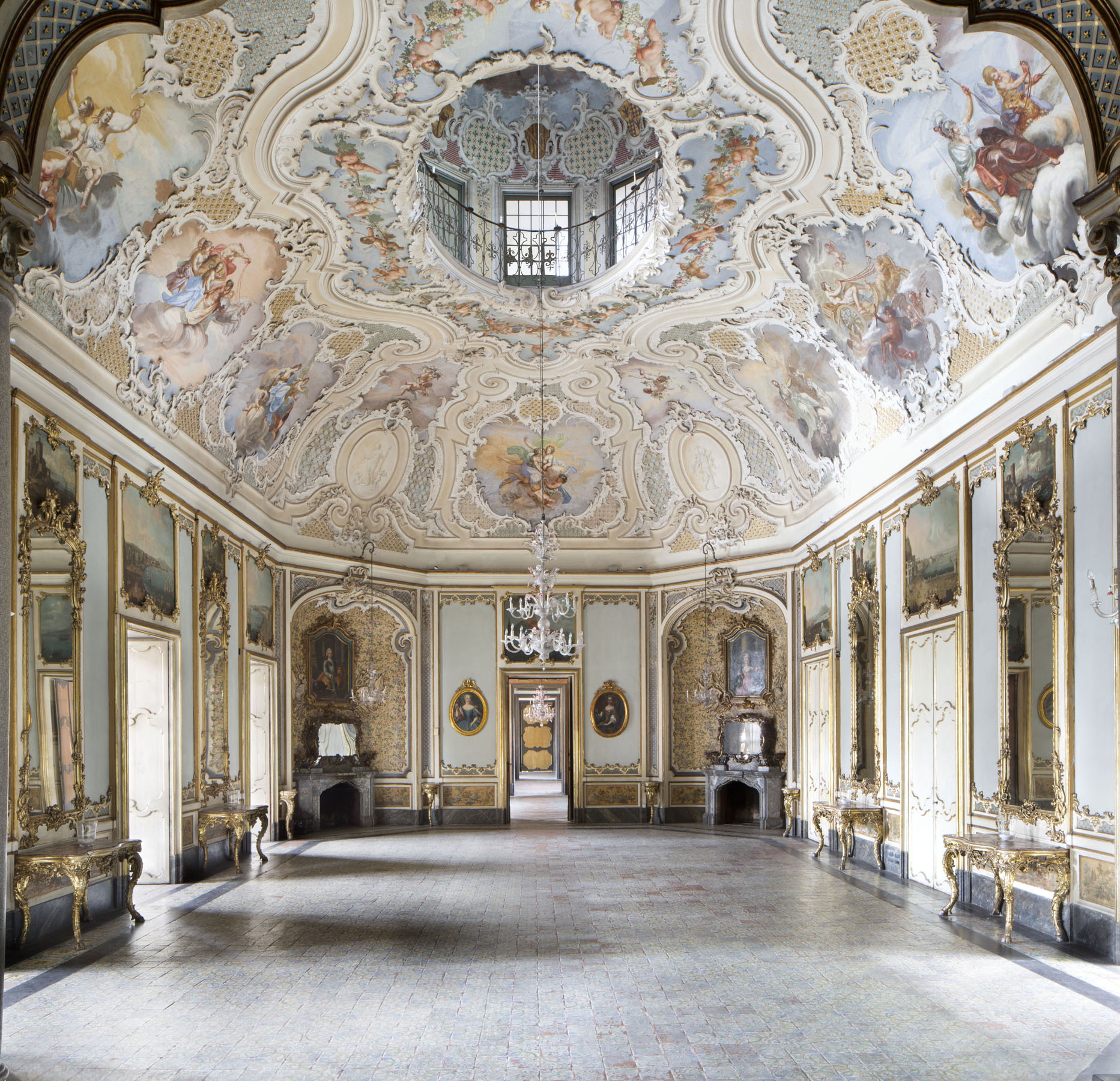 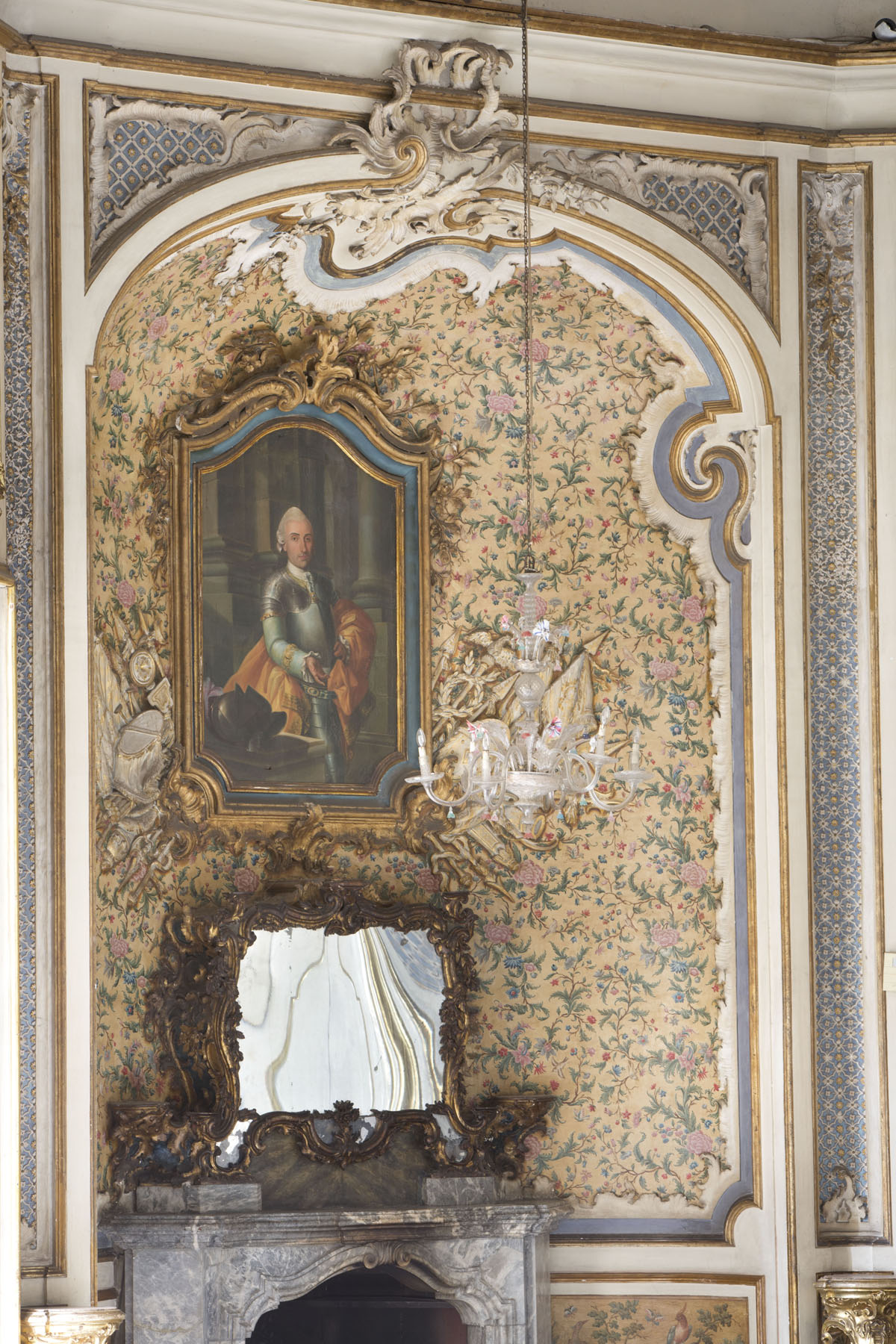 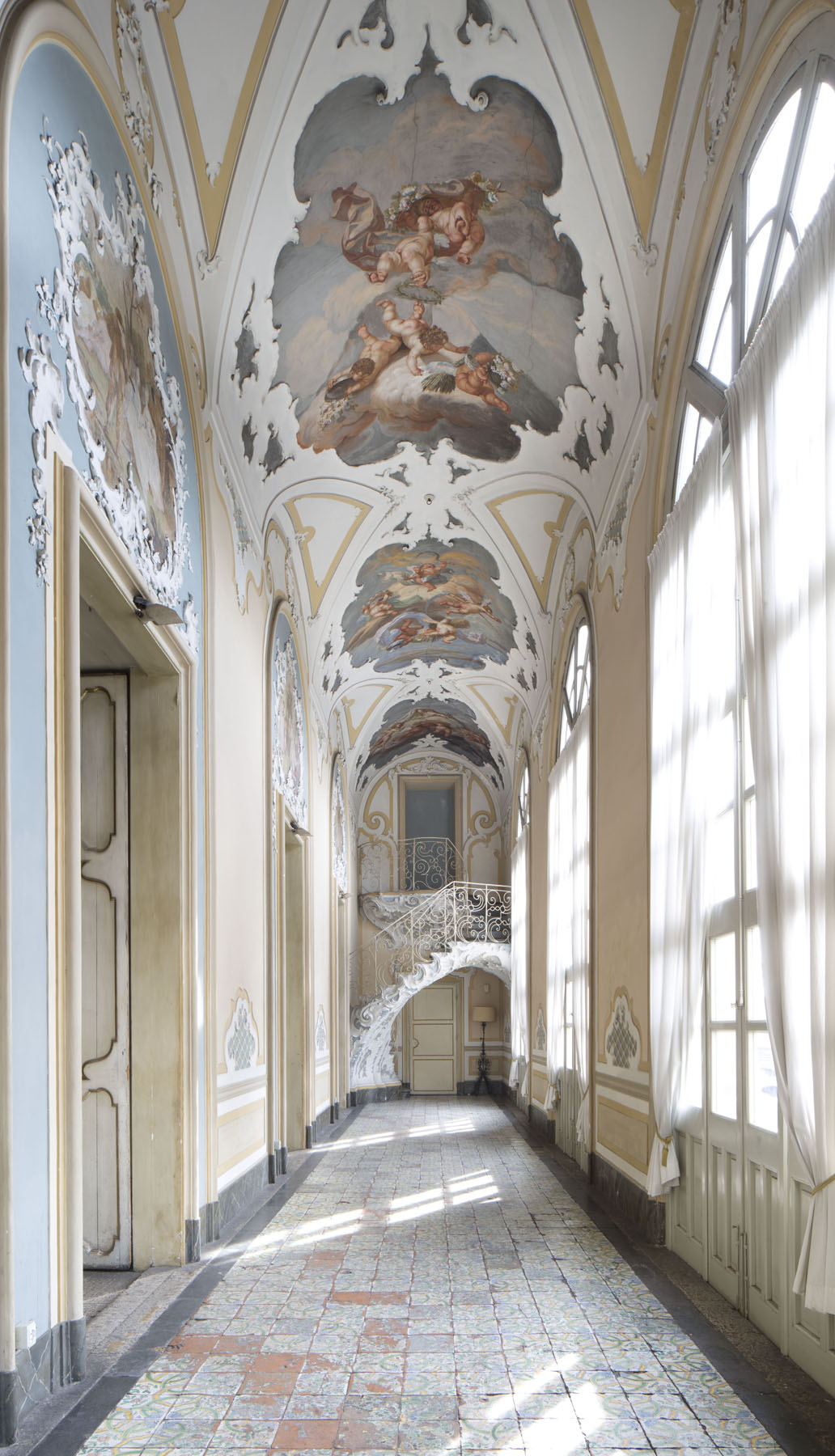 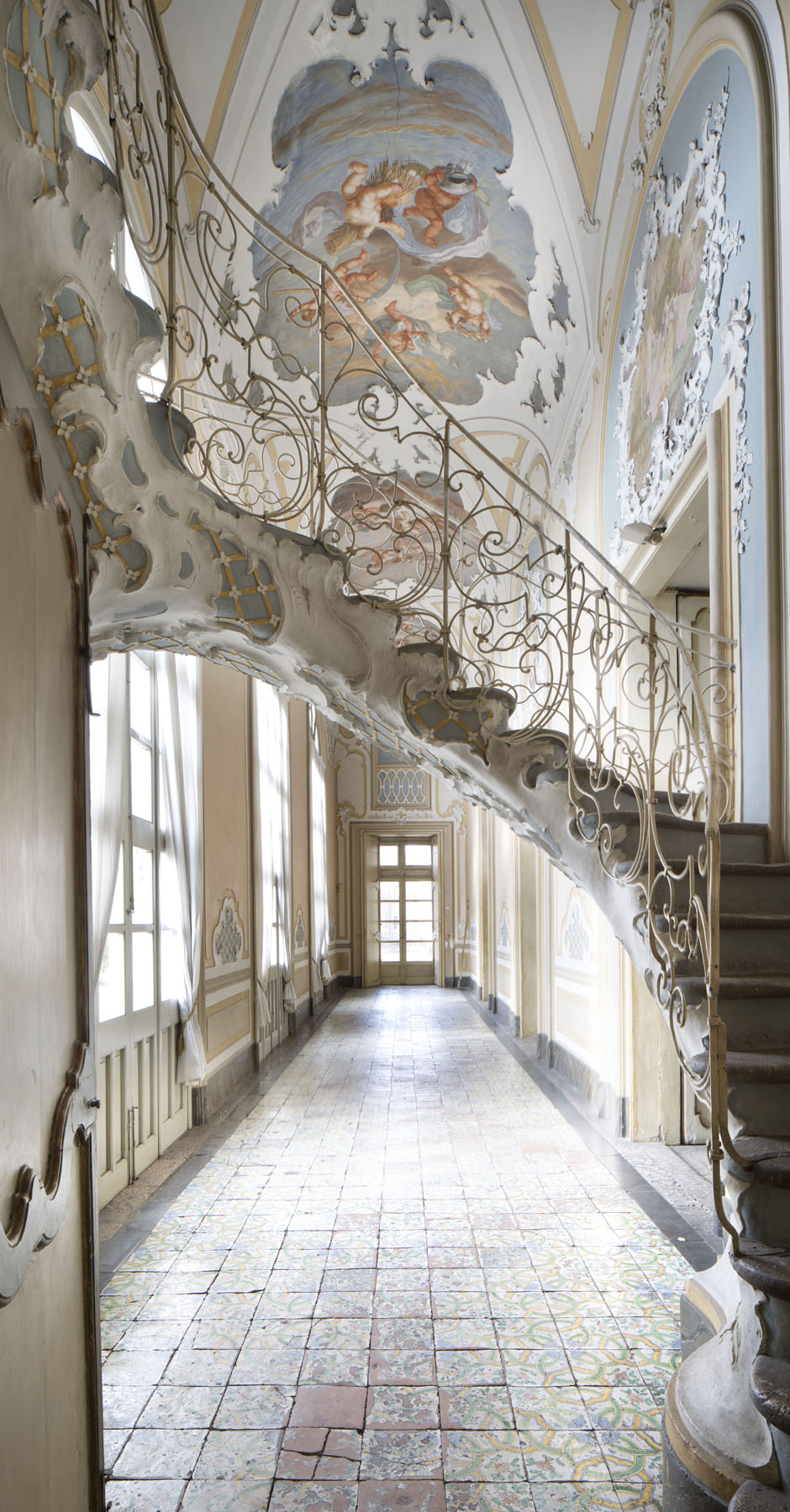 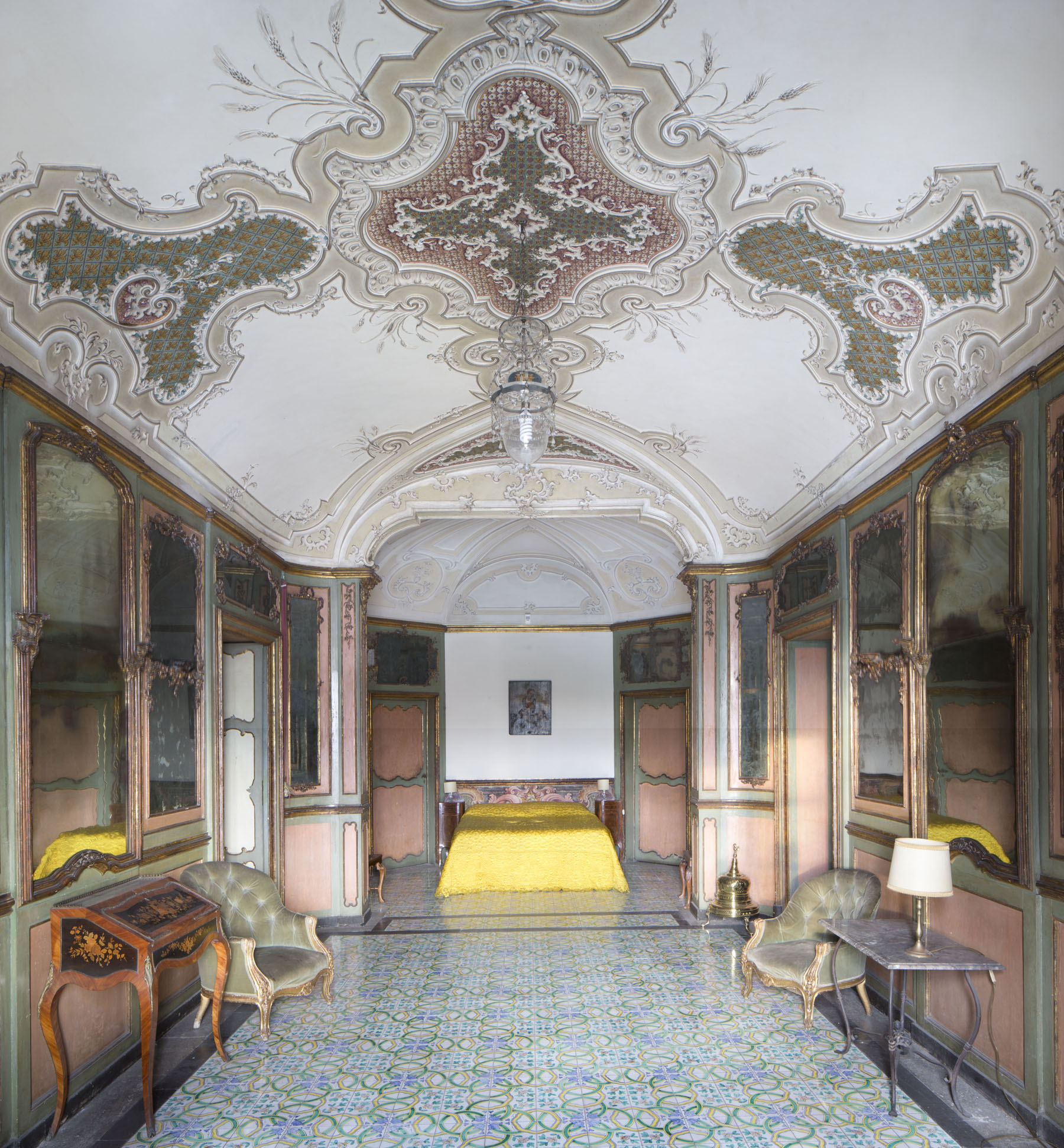 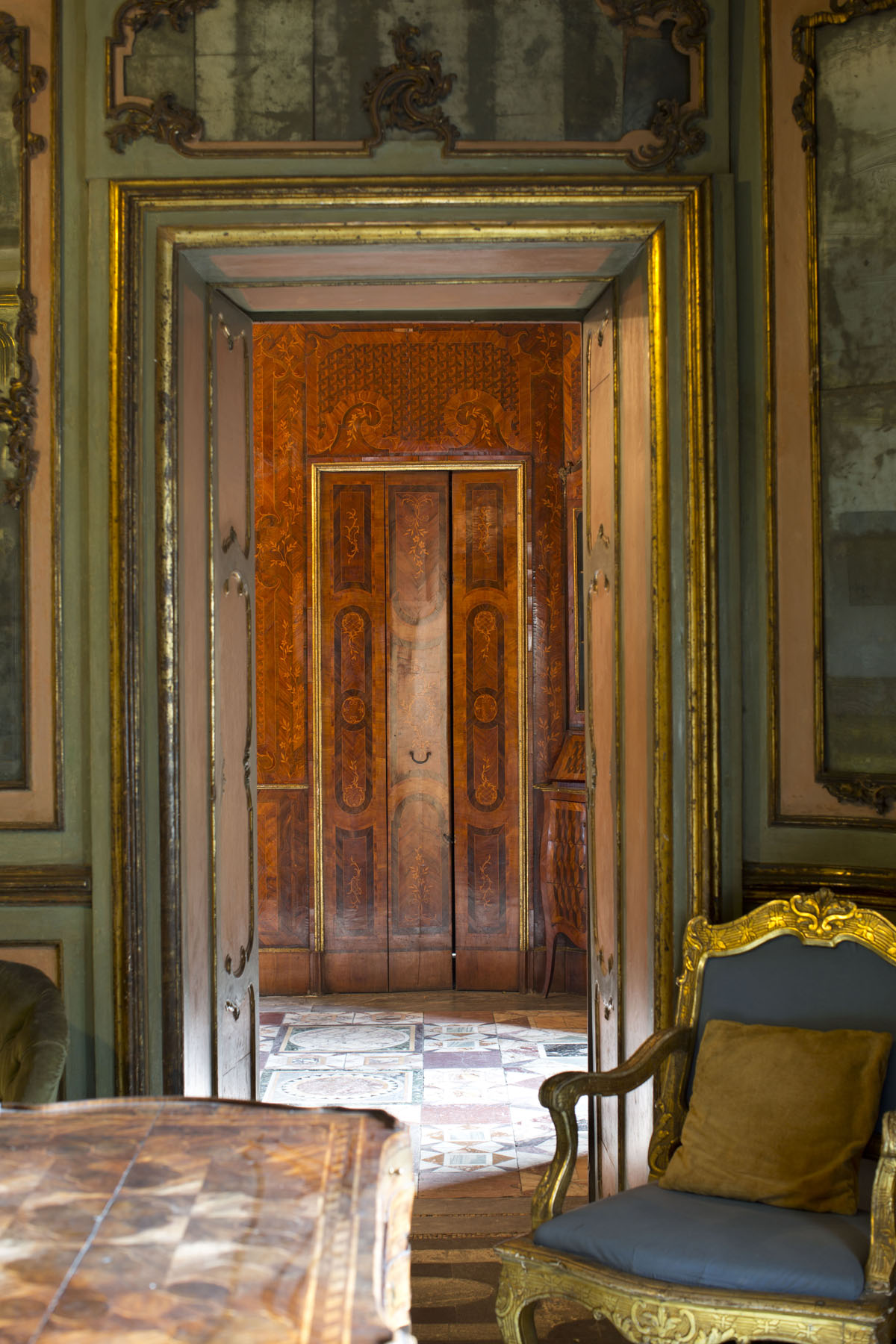 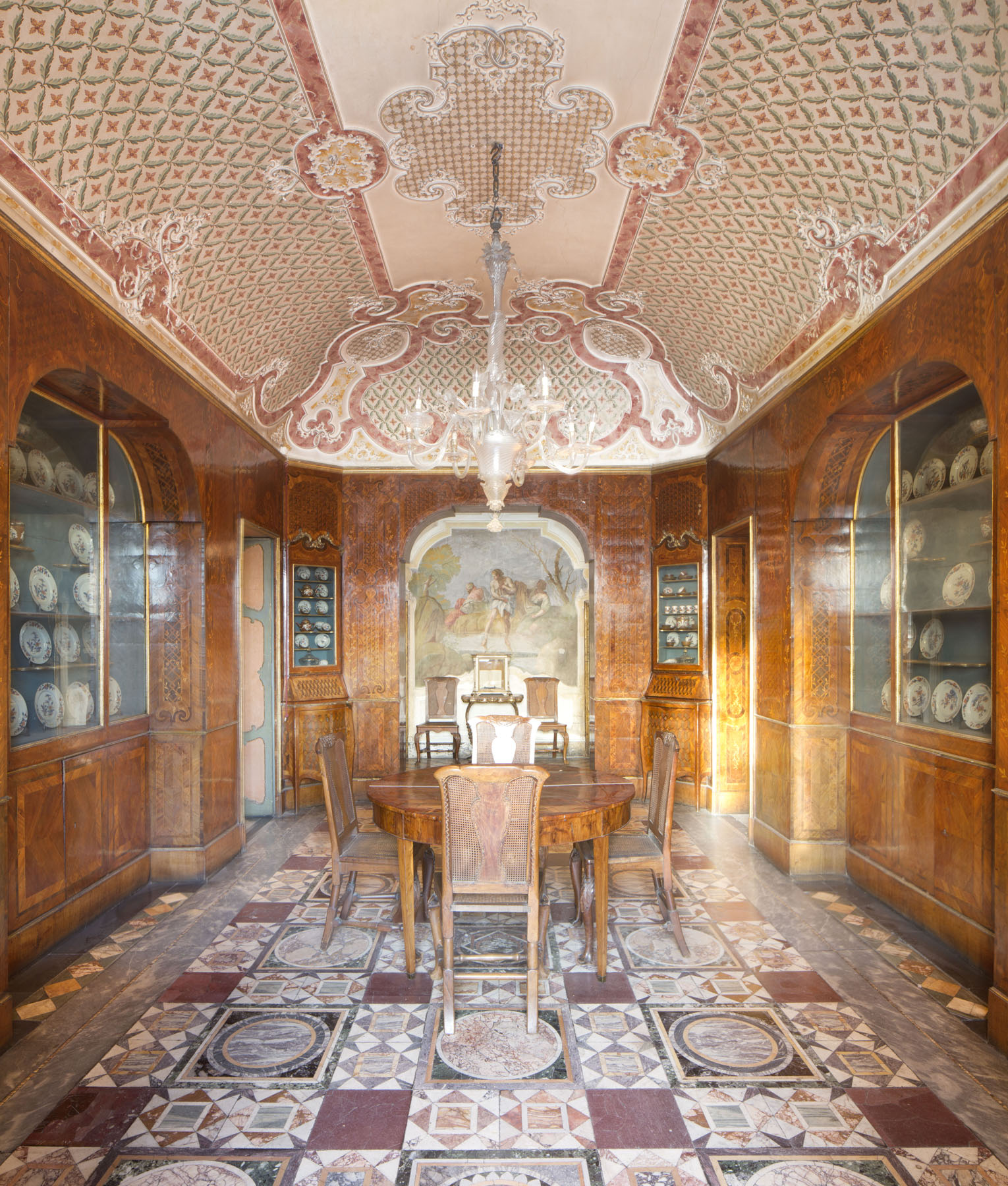 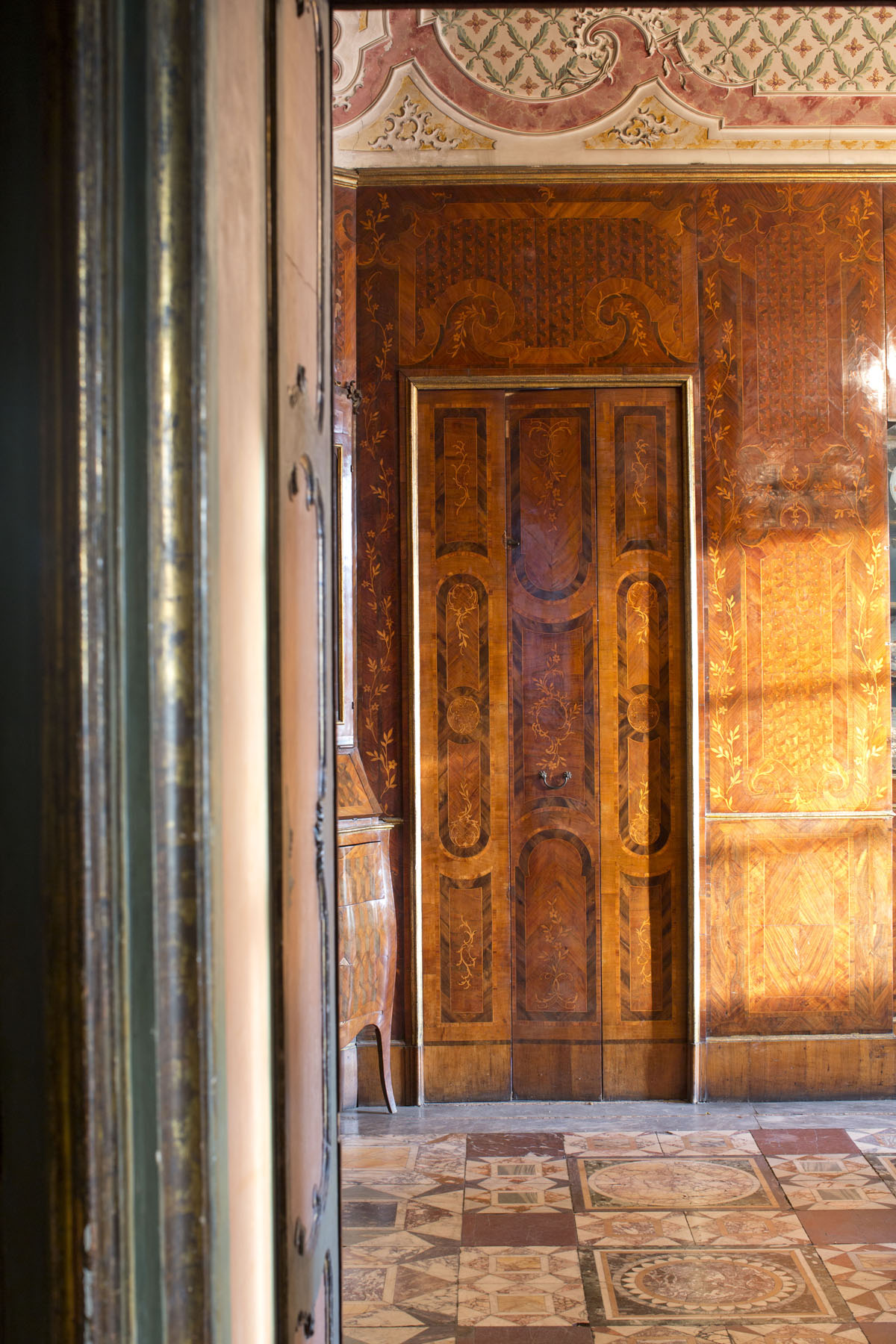 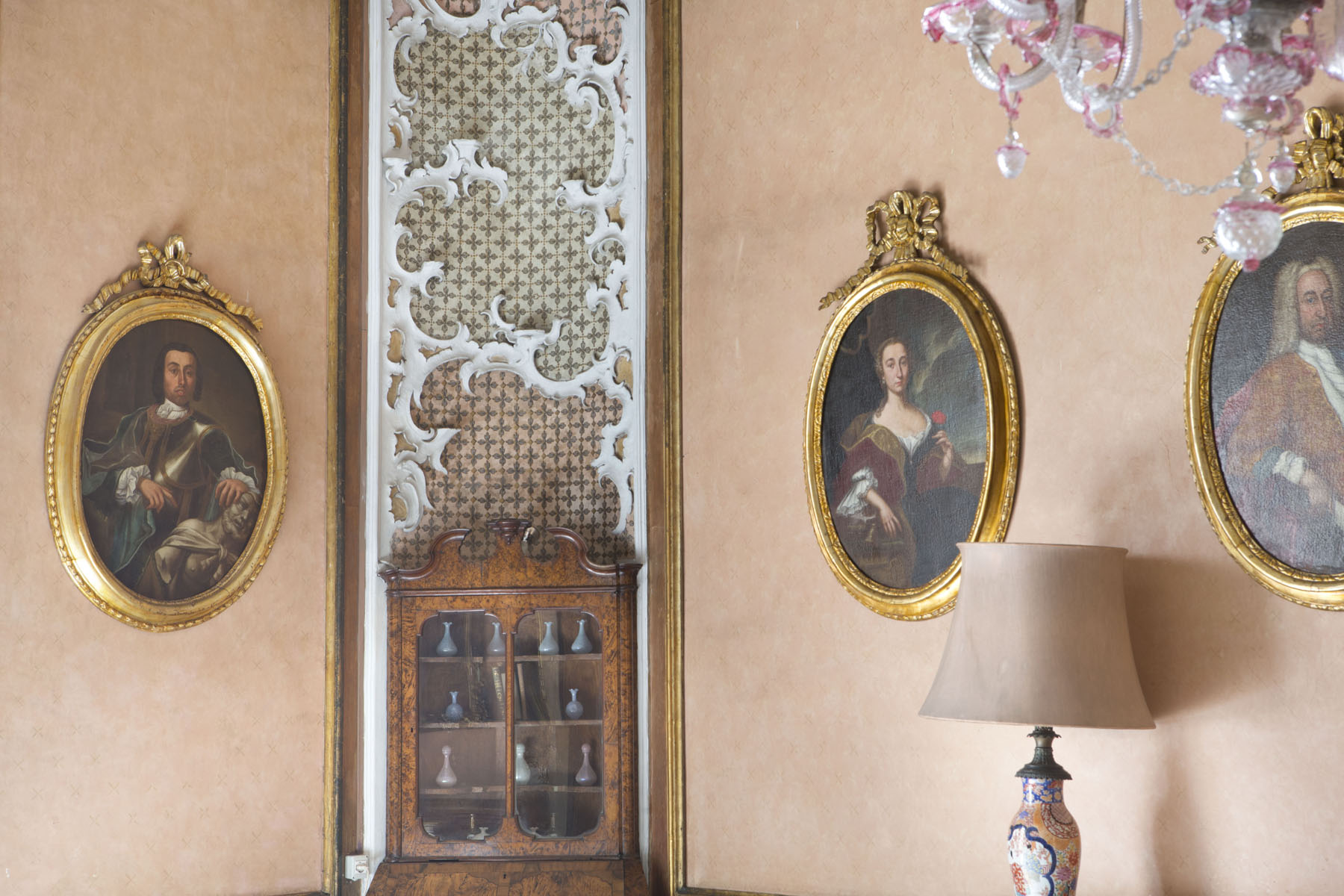 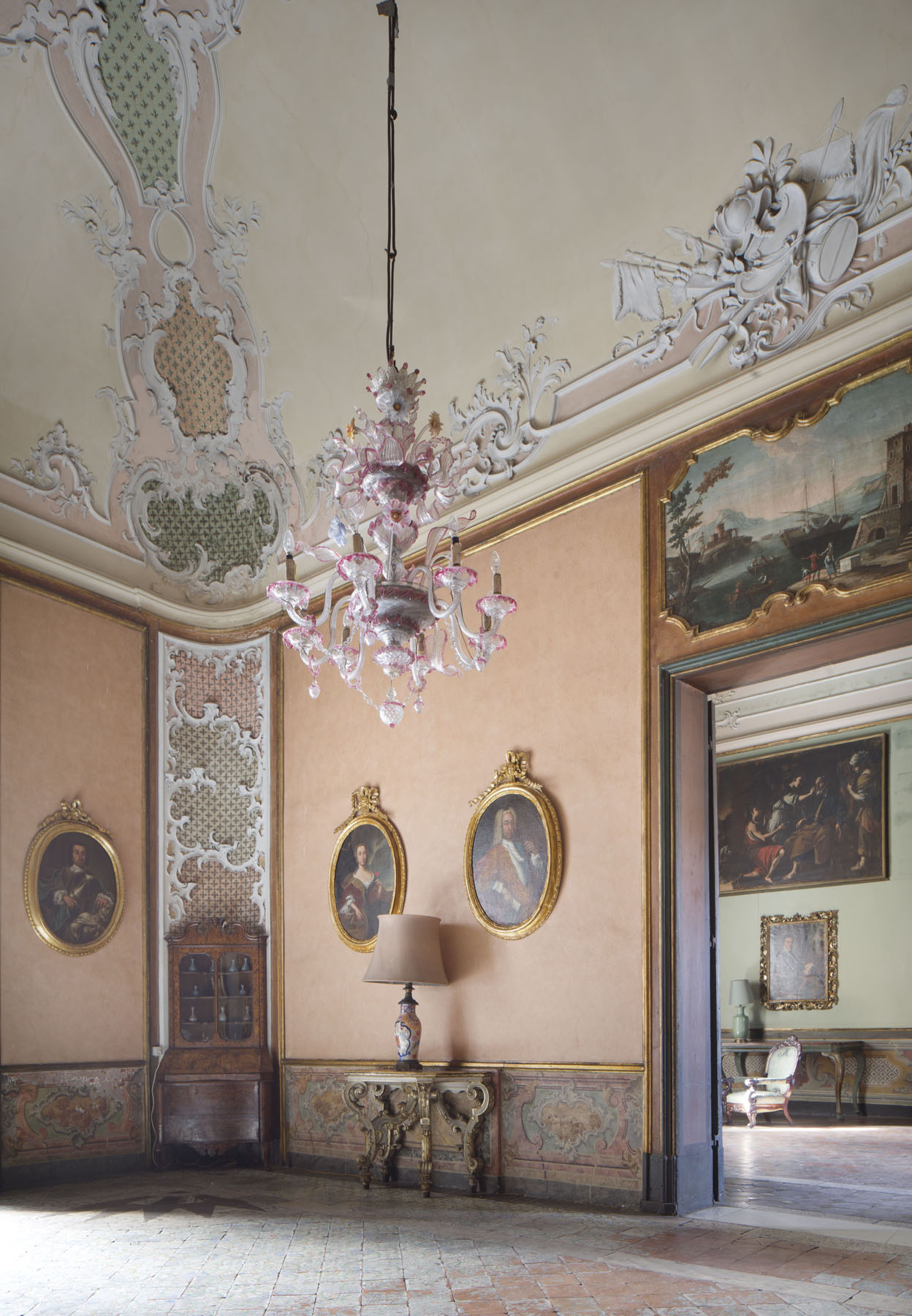 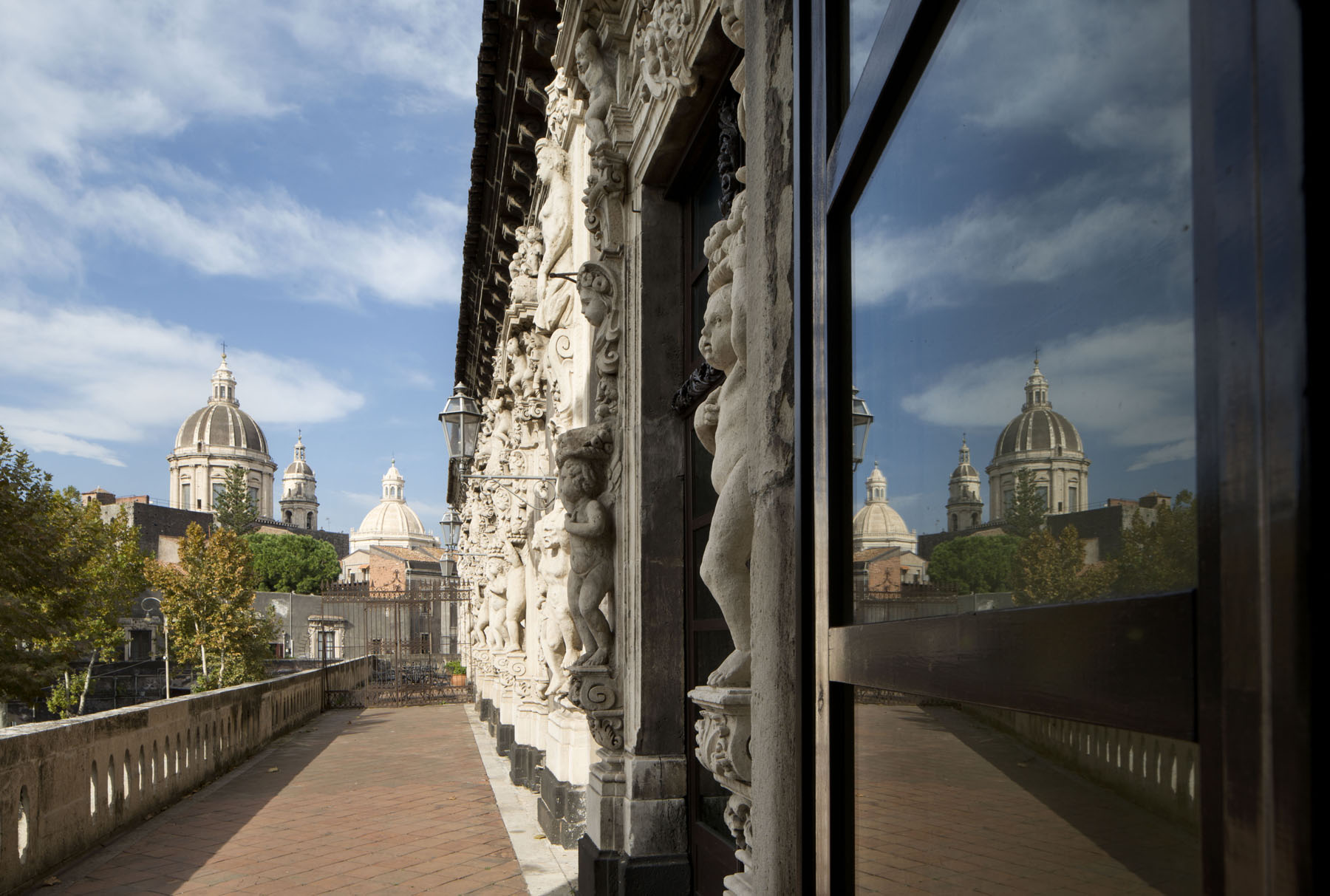 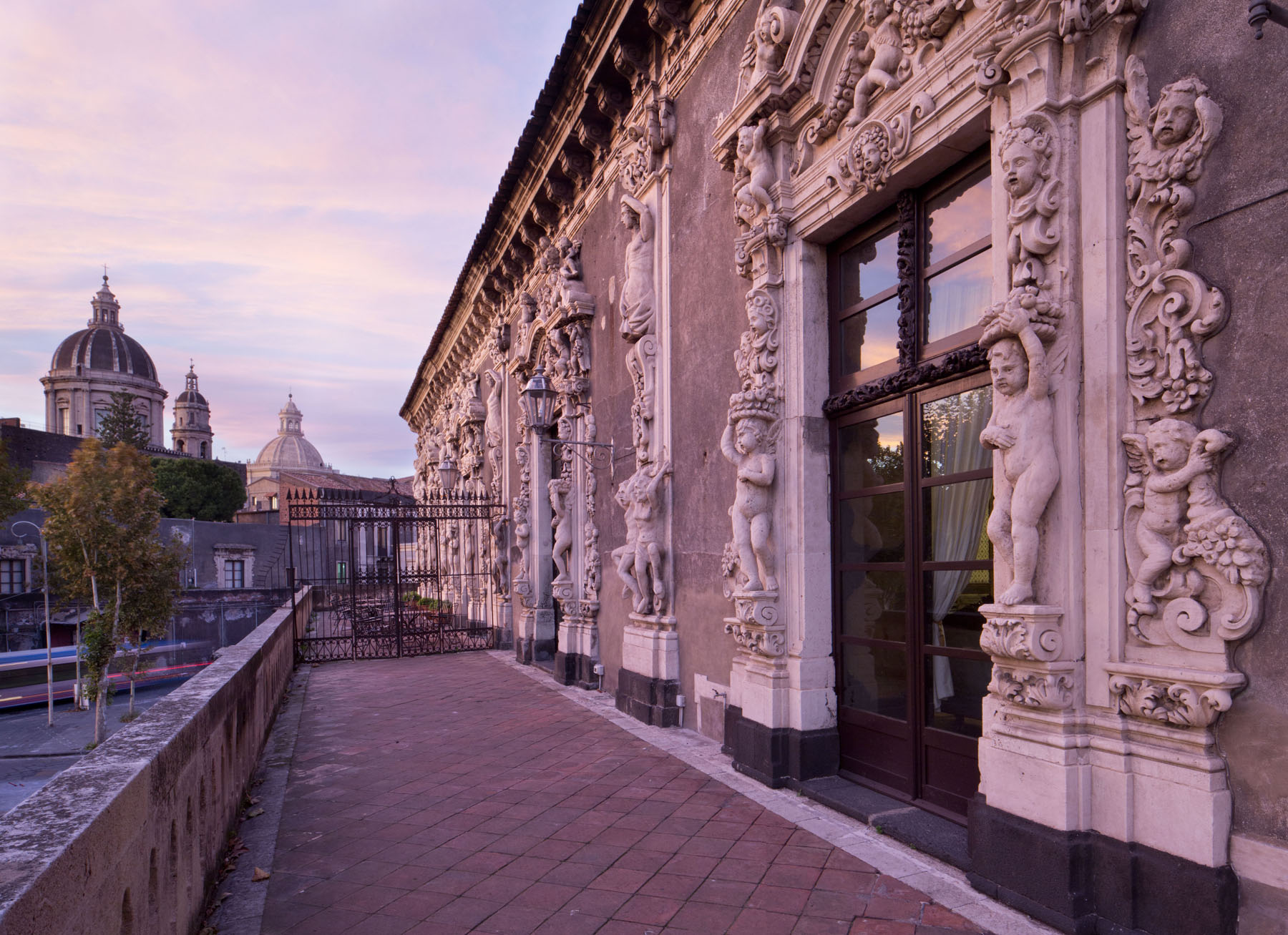 Ignatius Paternò Castello, the fifth prince of Biscari, realized his dream of preserving his imperial baroque residence founded on the fifteenth century city walls of the city of Catania. The palace occupies an entire block and is kept as an exemplary abode, honouring the city of Catania. Its entrance is on the homonymous street, Via Museo Biscari. Palazzo Biscari is kept as the most beautiful and well kept palace in Catania, just as Prince Ignatius dreamed, a treasure to be enjoyed by all. Preliminary construction of the palace itself began in 1702 after the catastrophic earthquake of 1693 that destroyed half of Sicily.
Before the dreadful earthquake, there was only one little palazzotto. Vincenzo, Ignatio’s father bought property and constructed the palace with its surrounding grounds.

Ignatio built upon his father’s dream and bought the contiguous territories, pursuing the objective of creating a comfortable and harmonious place inspiring awe. Ignatio himself was called the “Great”, in particular for his anti-mainstream ideas. During the 1763 famine the prince opened the door of his barn and helped feed the starving citizens. This act of solidarity is remembered in the Paterno’ Castello stem.
At that time, the palace was formed by one floor only; the museum however already existed, on the left of the courtyard’s entrance, filled with archaeological remains collected by the Prince during excursions of his Piana di Biscari estate, now called Acate, in the province of Ragusa. Wolfgang Goethe also admired the palace with its collection during his visit in 1787, which can now be viewed in the Ursino castle in Catania.
The Biscari palace is composed by seven hundred rooms, it is located in the old quarter of Catania behind the popular down town area, overlooking the port on the famous marina arches, where trains still pass. Up until the 20’s, the ocean water reached the precipitous bastions. From the nearby Villa Pacini , called Villa ‘e varagghi or villa of sighs by the townspeople since in the past only retirees enjoyed its beaches, one took the steamer for the beaches of the Plaja.
Eventually, the water’s edge retired and after a second intervention the water moved far away from the palace, becoming the elegant and desired sentinel of Catania. For centuries the traveller, even before entering the Saracena door of Via Etnea had to pass by the elegant dock enriched with limestone, the costly white stone of Siracusa, contrasted by the basalt black of the Etna. From his terrace on the marina, Igantius the Grand could view and admire his splendid property.

The heart of the palace is formed by its halls, conscientiously restored after the 1991 earthquake and thanks to the personal interest of the descendants of Prince Biscari, capable of holding conventions and receptions reflecting Ignatiu’s desire to open the palace to society. The paintings and frescoes are also restored to their original status.
To the right of the courtyard there is the most recent wing of the Palace, the Sporting – Unione Club of Catania is hosted here along with some private apartments. To the left of the main courtyard, instead, there are other private apartments where eleven members of the family reside, the Department of Culture of the Municipality of Catania , the Rotary Club together with other offices.
The usability of the palace is therefore in the major courtyard, in the numerous rooms, in the ball room and in the terrace over the port of Catania.

A very big double rampart stairway made in basalt from Etna seals the major courtyard which is at the base of the palace; the entrance is a solemn space adorned with seventeenth century paintings of the Biscari State, with its extended vines and the extensive production of silkworm. Next is the painting room, the major art works were donated to the civic museum, the polychromatic mailoica however, established by Ignatius in 1711 and elaborated by artisans of Vietri remains intact.
In the room of family portraits one can see Ignatius’ father Vincenzo, residing on the corner cabinet, placed on the same pavement of three centuries ago. The central hall, or party room, is composed by a sumptuous rococo’ internal piazza adorned with decorations, paintings and portraits of members of the family placed on three levels. On the first level one can admire the members of the prince’s family, the second is decorated with minor divinities and finally the third, on the cupola of the loggia of the musicians, Vulcan celebrates the triumph of the Paterno’ Castello family. Here, musicians climbed the stairway resembling a “cloud flake” as the prince himself defined it, an architectural treasure whose structural brilliance remains a mystery that cannot be explained. Finally one last historical note on the palace, the English utilised the strategic location of its terrace as a defence against attack. H.R.M.’s aviation ordered the bombing of the second floor, but the officials realising the historical and architectural value of the palace, refused to carry out the order. They returned the following day however with tennis balls and rackets, creating the first indoor tennis court in Catania among the chiminies and mirrors playing on the ceramic floors.